Women who changed our lives: From make up to spying

Women all over the world celebrated International Women's Day on Saturday, where they united to celebrate the empowerment of us feminine beauties. We can have babies, go to war, run businesses and even make men do the washing up sometimes, now that definitely deserves a celebration.
There are so many women in history who deserve so much recognition for there determination, their spirit and quest for change for the better.
Here are just a small amount of the women who we should have a piece of cake for, any excuse for sponges goodness.
Coco Chanel 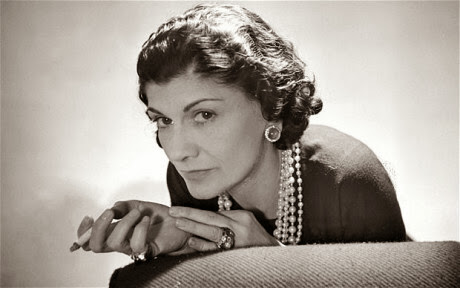 This lovely lady was the founder of one of the most luxurious and iconic brands. She liberated women from having to wear a corset, that would squeeze everything and stop them being able to eat thirds of pudding, which is a complete travesty. She began the androgynous casual chic look with long trousers and comfortable shirts, that had never been seen before.
Coco also created the Chanel No.5 fragrance, which is adored by many women across the world, along with the famous Chanel suit, bag and the idea of the little black dress. Thank you Coco for improving our smell, our wardrobe and most of all being able to have as many biscuits as we like, the woman is an empress.
Amelia Earhart 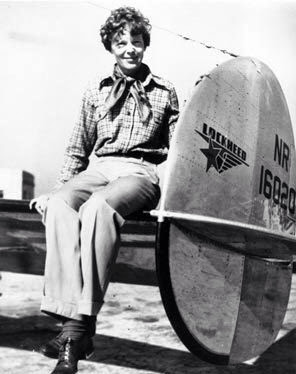 Amelia was the first female pilot to fly across the Atlantic Ocean on her lonesome. She had a spirit for adventure and set many world records and became the 16th woman to be issued a pilot's licence. In 1935, she became the first person to fly from Hawaii to the American mainland. This resulted in her becoming the first person to fly solo anywhere in the Pacific and also the first person to solo both the Atlantic and Pacific Ocean.
She also developed clothes for women pilots, with her first creation being a fashionable flying suit. It had loose trousers, a zipper top and big pockets. So not only was she the Queen of the skies, she was fashionable in doing so. 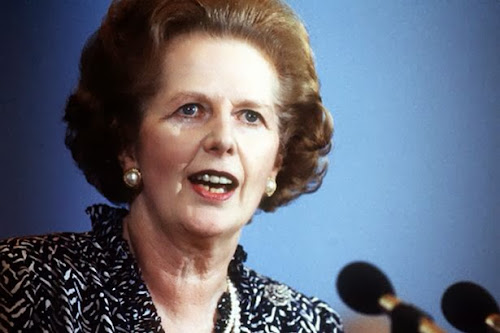 Love her or loath her, dear old Maggie was a pioneer. She was the first female prime minister the UK had ever had. In the late 1970s the country was at the brink with strikes, power cuts and a failing economy. She turned the country around with much opposition and wore some amazing outfits in doing so, with some great power suits and pussy bow blouses. She had pretty good taste in handbags too.
Marie Curie 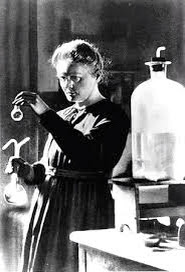 Marie Curie was the first woman to be awarded the Nobel Prize in 1903, with her husband Pierre, for their work on radiation. She also won it again in 1911 by herself, after her husband was killed. Not only did she discover new elements, but her and Pierre's work was crucial in the development of x-rays in surgery. Marie faced great opposition from male scientists and did not get the respect from them that she so greatly deserved.
Her work in WW1 saved many lives, equipping ambulances with x-ray equipment and she also held training courses for medical staff and taught them vital new techniques. Marie paid the ultimate price for her work by dying from Leukeamia that was bought on by the exposure to high-energy radiation. She helped save countless lives and still continues to do so.
Katharine Hepburn

Katharine Hepburn was a film star for more then 60 years and was a great inspiration to women.
In the era of glamour, Katharine went against the grade and wore casual clothes. She was very much a tomboy and was very athletic. Her signature look was high-waisted trousers and button-down shirts, making her an early style icon of the androgynous look. Katharine made it acceptable for women to wear trousers on a daily basis.

She appeared on film, stage and television with many varied roles, playing strong-willed woman. Katharine received four Academy Awards for best actress, which is the most an actress has ever won. In 1999 she was named by the American Film Institute as the greatest female star in Hollywood.
I've written about her sassy style in more detail, which you can take a nosey at here. 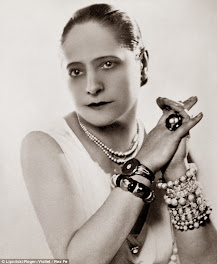 Helena Rubinstein was the queen of beauty and advised women on what make up to wear to enhance their look. She opened a beauty salon in Mayfair and launched her own make-up range in 1909. Helena showed women how to use pigments to highlight their features. Word spread and women of all classes flocked to her shop.
She created the first tinted matte face powder and the first blusher. By 1923, Helena was producing more then 70 popular lines of cosmetics, one of them being her famous body slimming creams and had competition from Elizabeth Arden, when the business expanded to America.

She created the world's first waterproof mascara in 1939, her Contour Lift Firming product and her first oil in water emulsion, Lanolin Vitamin Formula. Helena's empire is now owned by L'Oreal and is still loved by many women worldwide.
Rosa Sparks 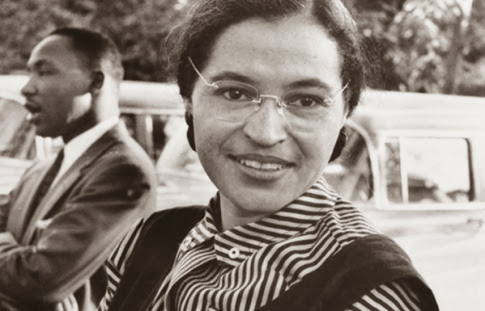 Rosa was an African- American civil rights activist who was known as "the First Lady of civil rights" and "the mother of the freedom movement". In 1995 Rosa refused to give up her seat in the 'coloured section' for a white person, because the white section was full. She was arrested and fined for violating a city ordinance. Her defiance became known as the Montogomery Bus Boycott and she became an international icon against racial segregation. 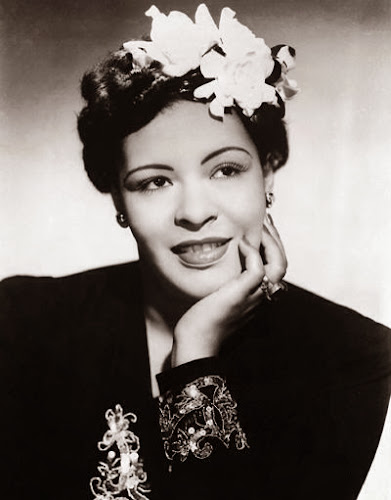 She was an inspiration to people who wanted freedom and gave them hope. Her work contributed to the end of legal segregation, that laced the way for equality.

Billie Holiday
Billie was a beautiful Jazz singer and songwriter. Her mix of vocals and jazz instruments, started a trend for mixing them both and "changed the art of American pop vocals forever". She was known for her popular songs such as 'Lady in Satin' and 'Crazy He Calls Me'. Billy has been entered into the Grammy's Hall of Fame and has won several awards for her beautiful voice. Billy is known as the greatest ever female jazz singer.
Marie Stopes
In 1918 Marie wrote her first book 'Married Love', which was highly condemned due to its sensitive subject of a couples intimate relationship. It was very popular with the public though, it was the Fifty Shades of Grey of the time, expect without the whips and chains. She received hundreds of letters from women asking relationship and family planning advice and as a result, she opened the first family planning clinic in the UK in 1921. It offered a free service to married women that was never availble before and provided women with a choice. She set up several more clinics around the country that still provide help for women today. The organisation also help women from Ireland to receive an abortion, as it is heavily restricted there. They believe women have a right to a choice and support them whatever decision they make. 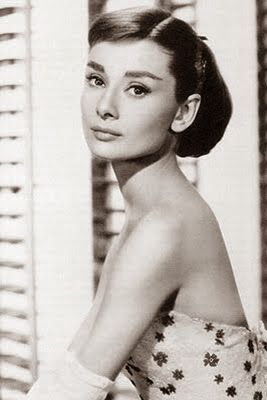 With her iconic dainty features and talent, Audrey is one of the world's best known actresses. She is famous for the films Sabrina, Roman Holiday and who can forget Breakfast at Tiffany's. She became a UNICEF Ambassador and travelled to third world countries, and set a trend for other stars. So not only was she a beautiful actress, she was devoted to helping people, plus she looked amazing in a little black dress too

With her main accessory being a lamp on her nightly rounds, she quickly became known as 'The Lady With the Lamp”. Florence nursed wounded soldiers during the Crimean War and saved many lives, with her insistence on clean conditions. So next time you go to the hospital and there's a hot male nurse for you to drool at, thank old Florence. 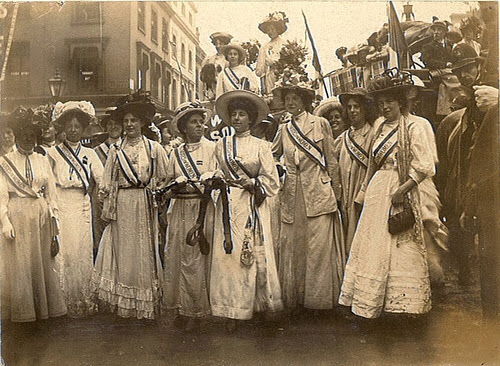 The Suffragettes were a group of women who believed in equal rights for women and campaigned relentlessly for women to be able to vote in elections and have their say. They were so dedicated to the cause they risked their lives and their freedom. After 15 years of campaigning, women over 30 were granted the right to vote and stand as candidates in the 1918 General Election. This was a huge turning point in the history of women becoming equal as men, so thank them next time when you have a vote at work, even if it is over who makes the tea. 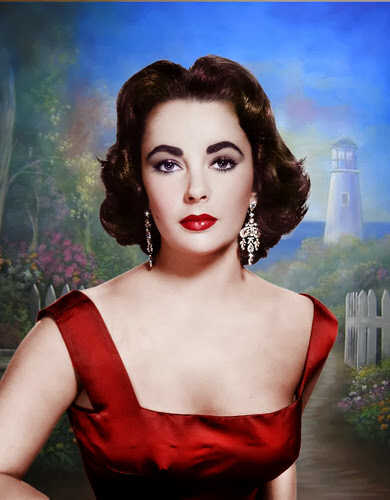 With an impressive jewellery collection which you can see here and gorgeous gowns, Elizabeth is one of the most well known actresses and star icons. She was well known for her glamorous lifestyle, natural beauty and who can forget those violet eyes. With films like Cat on a Hot Tin Roof and Cleopatra making her famous, everyone was interested in her. She was married eight times and twice to Richard Burton who she appeared with her in 11 films, that girl must have really loved wedding cake.
Elizabeth campaigned for HIV and AIDS programmes after her beloved friend Rock Hudson died and set up her own foundation, raising $270 million for charity and providing much needed help to victims. During World War Two there was an organisation set up that was involved in top secret missions, such as espionage, sabotage and to gain vital information. There were 55 female agents, including Violette Szabo, Pearl Witherington, Eileen Nearne, Nancy Wake, Odette Hallowes and one of the longest serving British agents, Nancy Granville.
These women risked their lives on a daily basis and some were even killed when their cover was blown. These brave women did some great work and found out vital information to help us win the war. The Gestapo learned not to mess with these beauties, these ladies meant business. 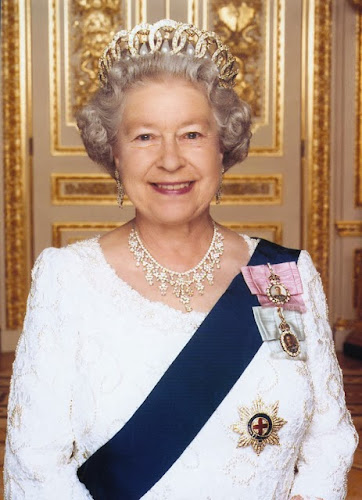 The Queen
She has been the head of the country and the colonies for more then 87 years now. She has done some great work for charity and our little island. Everyone's favourite grandmother's style has evolved over the years and she has worn some amazing outfits which I've written about before, all worn with her trusty bag. Plus she has a pretty impressive collection of hats too.
Are there any ladies that you think can kick some arse and have made an impact to our lives in someway?
All of these women mentioned have impacted our lives in some way and we should all be grateful for the risks they took, the work they have done and the barriers they broke. Besides, who could live without waterproof mascara? The Panda look really isn't that great.
Second Hand Rose
XxxX

Posted with Blogsy
Scribbled with love by Second Hand Rose at 17:21